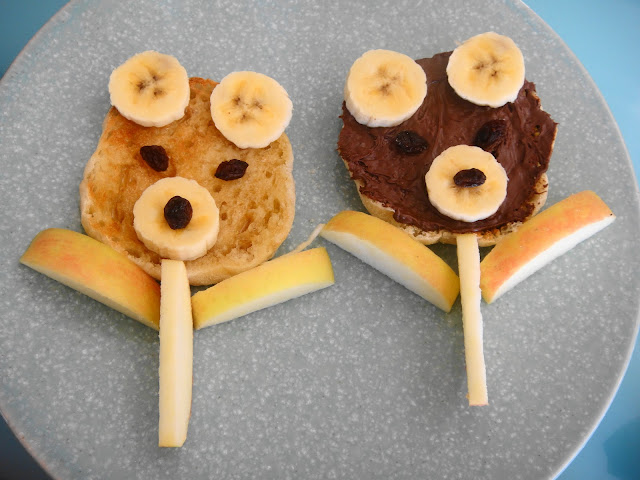 I saw a version of these bears on iwastesomuchtime.com and have had the picture saved in my phone for awhile now. Finally this weekend I had the right ingredients in my cupboard. I’m not too sure how they made it in the iwastesomuchtime picture but this is my version.

Toast English muffins. Chose which bear you want. The options are honey bear and nutella grizzly bear. Honey bear gets butter and honey for his colouring and nutella bear gets a good thick layer of nutella. Cut up a banana into round disks. Each bear needs three banana disks. One for the nose and two for the ears. Place the nose in the middle of the lower half and place the ears just off the top half of the English muffin. Raisins are used to make the eyes and the snout of the nose- with each bear needing three. The snout raisin is placed directly in the middle of the nose and they eyes are placed between their ears and the nose. I chopped up apple to make them happy waving bears and in an attempt to get my little brother to eat more fruit- absolute success. 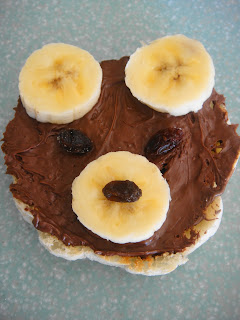 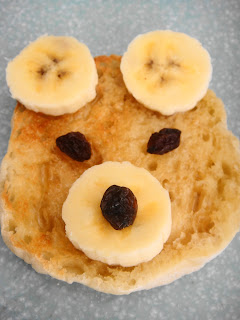 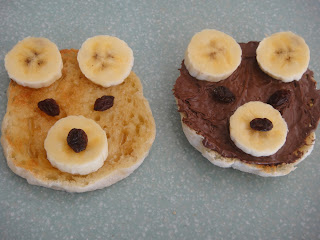 Elmo Cupcakes- for grown ups too